Adept at the intricacies of printmaking Vu Bach Lien’s intricate woodcut and lithographic prints exhibit the attention to detail that this artist possesses. Also known as “White Lotus” (the English meaning of her given name, Bạch Liên) she has won several awards for her artworks, which have since been collected by the Vietnam Fine Art Museum, as well as by collectors from several countries around the world.

Her large format woodcuts depict the visual emotions the artist observes with the passage of time, and are part of her ongoing Four Seasons series of woodcut prints. In addition to printmaking, Bach Lien also creates digital art, and in addition uses photography as a medium of her artistic expression.

Bach Lien currently resides in Hanoi, and is a member of the Vietnam Fine Art Association, based in the Vietnamese capital city. 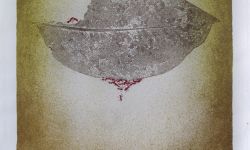 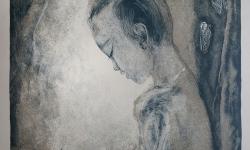