Posted at 12:00h in Events & News, Exhibitions by The Gallery 0 Comments
0 Likes
Share

Artemis Art is pleased to have the opportunity to present the debut solo exhibition by young Malaysian artist Kimberley Boudville. A debut solo is an important milestone in any artist’s career, but My Journey is meaningful for another more personal reason. A year ago, Kimberley lost her father (then aged 56) to cancer, a devastating loss to her and her family, losing her father at such a young age. This exhibition pays tribute to him, commemorating one year of his untimely passing.

The exhibition began on 31 October 2020 in a very quiet way, due to the ongoing Conditional Movement Control Order (CMCO) that has been in place, and which now has been extended even further until 6 December. My Journey was supposed to have been officiated by Datin Paduka Marina Mahathir. We are currently looking into the possibility of doing an Instagram Live opening, and will update this post should this plan come to fruition.

All the artworks exhibited are for sale, and Kimberley has pledged that part of the proceeds shall be donated to the Ronald McDonald House Charities. As an individual, Kimberley believes that anything she does must be meaningful, and this  includes her artistic practice. It’s another way she feels she can give back to society, on top of the humanitarian work that she currently does. The exhibition is now up at our gallery space, and viewing is possible on an ‘appointment only‘ basis. Contact us via email, Facebook Messenger (via our Facebook Page), or WhatsApp text, schedule a visit.

As a way to help those unable to visit the exhibition view the works as they are installed, we have included a 3D modeled rendering of our gallery space, using the Matterport platform. Click on the Virtual Exhibition tab above to view a 3D mapping of the exhibition.

My Journey will continue its run at Artemis Art until Thursday, 10 December 2020.

It goes without saying that an artist’s first solo exhibition is an important milestone. It’s a momentous event that stamps the artist’s commitment to a path chosen as one’s life pursuit.

My Journey, young artist Kimberley Boudville’s first solo outing, is certainly important in this regard, but there is another more personal reason that this solo exhibition is significant for her, far beyond what a debut solo typically means to an artist.

One year ago, Kimberley lost her father to cancer, at a relatively young 56 years of age. More than a debut solo, My Journey is Kimberley’s tribute to her late dad, to commemorate one year of his untimely passing.

Consisting of paintings and drawings, many of which were done in the months Malaysia endured the various stages of COVID-19 Movement Control, the collection of works included in this exhibition are testament to Kimberley’s versatility as an artist. Collectively, the artworks are a visual diary of a young woman faced with a tremendous personal loss, of coming to terms with it, and of the process of healing that necessarily follows.

Within the outpouring of sadness that is to be expected under such circumstances, there are frequent glimmers of hopefulness and flashes of positivity throughout the body of work. The journey we witness isn’t one of wallowing in sorrow, no self-absorbed pity expressed.

Rather, it is anguish in its purest form, of a child mourning the loss of a parent. It is traversing the stages of grief, presenting them for what they are, and emerging a year later perhaps not fully healed, but at peace with the loss, and accepting it as part of the cycle of life.

It is this very resilience we witness on this visual journey; traversing the process of healing, and of coming to terms with events, tragic as they may be, beyond our ability to control.

Kimberley may be young in terms of years, but there is an innate maturity expressed in her works. It is a fitting tribute to a father she loved, and undoubtedly loved her in return. But more importantly, My Journey is a declaration that Kimberley Boudville – the artist, and the person – has emerged through this much stronger than when she began.

Her father, we believe, would have been proud.

UPDATE: This virtual exhibition has been archived, and thus no longer available for viewing. We will be uploading a produced video walkthrough in its place soon.

My Journey has the special honor of being the first exhibition presented via a 3D mapping of our gallery space, powered by Matterport, a new platform Artemis Art is using for presenting virtual exhibitions. Unlike, our previous virtual exhibitions (presented via Artsteps), Matterport utilizes actual 3D mapping of physical spaces. To view details of exhibited artworks, mouse-over the white and green circles placed beside each artwork. In the pop-up image that appears click on the image to reveal the artwork’s full details.

This virtual exhibition is also accessible via Matterport’s website, via this link.

For artwork enquiries, contact us via email, FB Messenger (or via our Facebook page), or via WhatsApp Text.

The exhibition catalog for My Journey may be viewed here, or you may download a PDF copy for offline reading.
(if catalog does not load, click Full Screen View or Page Thumbnail button) 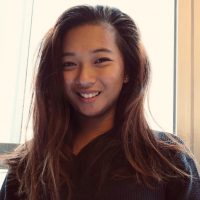 
Artemis Art first got to know about Kimberley Boudville’s artworks through her pen and ink drawings, and immediately we realized the tremendous talent and potential she possessed as an artist. To-date she has participated in a few group exhibitions with us in 2019, as well as featuring her works in selected art fairs.

My Journey demonstrates Kimberley’s versatility as a visual artist, particularly in the use of varying mediums. Included in the selection of works are paintings using acrylic and oil, as well as drawings both in pen/ink and graphite. Kimberley is a recent graduate from The One Academy, and is currently pursuing her Bachelors Honours in Fine Arts Practice at Nanyang Academy of Fine Arts, Singapore.