Artemis Art is pleased to announce the debut solo exhibition by young visual artist Lina Tan. Entitled Stuff, the young artist known for her expressionist figure paintings turns her focus to the objects around her, some holding important emotional significance, some simply ordinary objects most of us would find banal or unimportant.

Be they toys, trinkets, knick-knacks, or household items (ashtrays, spray-bottles, etc.), Stuff gives us a renewed look at things we often take for granted. While most of us might just gloss over or even neglect to notice these items, Lina instead examines them in great detail, observing their color and form, and transforming what she observes into the collection of works included in this exhibition.

As Lina herself explains, “I quite simply stopped myself from taking these things for granted, and to look at each object individually. When you paint small objects, you have to notice details; colours influenced by light, shadows overlayed, shapes, corners and contours.”

Curated by independent curator Sharmin Parameswaran, the exhibition includes a number of the actual ‘stuff’ depicted in the artworks, some of which are owned by Lina herself, and some of which have been borrowed from friends and loved ones.

Stuff will begin its run with an opening reception at 3pm on Saturday, 29 June, after which it continues until Sunday, 21 July 2019.

Why did you decide to paint stuff (objects)?

We are surrounded by so many things, so much stuff. I quite simply stopped myself from taking these things for granted, and to look at each object individually. When you paint small objects, you have to notice details; colours influenced by light, shadows overlayed, shapes, corners and contours.

Even reading of product labels (if any), giving attention to the visuals and written text aimed at appealing to the consumer in us. I once discovered a warning label on a bottle of soy sauce stating “Serangga seperti semut, lipas dan lain-lain amat gemar dengan kicap manis.” I found this hilarious, envisioning happy insects surrounding the bottle in a circle.

How did you select the stuff for your paintings ?

There is a combination of stuff. Stuff personal to me; which evoke memories, hold stories, and I tend to look at these with an emotional lens.

And then there are just stuff, objective matters where the aesthetics are informed by what you see, and what you use the objects for.

Interestingly, I found myself selecting more of other people’s stuff to paint. These objects being much more interesting than the familiarity of my own stuff. Also, perhaps we always want things that we do not have, spurred on by our unlimited want of things.

How did you look at the stuff you were painting?

I also started to mix and match objects. In these selections, presenting combinations which make sense to me because I’ve attached a story or rationale to the objects, which might seem random to the next person.

With the objects selected, I then had various leverages which I could use to relook and present these objects interestingly. Colours being the most obvious, including composition, lines and angles, or even the lack of. I enjoyed this process, even more so when it came to painting toys, which belonged mostly to my niece. She was possessive of her toys, giving me a hard time in borrowing her stuff, also giving these objects a sense and depth of attachment.

After painting an object, did you then see the object differently?

Yes, of course. I had to consciously be present with the object. It’s not a case of ‘a newfound appreciation of…’, but more an awareness and recognition of an object’s existence and purpose, or lack of.

Also, a questioning of the object that currently came to be in my possession.

I work part-time in a vintage shop, surrounded by yesterday’s stuff. I find myself often wondering why do people come in and choose to buy outdated, even obsolete things instead of new and better ones. A collection of stuff where the value is not monetary, but emotional. Reminders or reconnections with a period or a time we feel strongly about, until we choose to let it go.

Since 2015, young Malaysian visual artist Lina Tan has been quietly building her career as a visual artist, participating in numerous group exhibitions over the years. Artemis Art is proud to have been given the opportunity to host Lina’s first solo exhibition, Stuff. Curated by independent curator Sharmin Parameswaran, Stuff features twenty paintings where the focus is on objects that have caught the artist’s eye.

Earlier this year, Lina participated in Small Small World (小小世界), which featured paintings of the nature she is quite well known for – human figures. Although Lina has done paintings of small objects previously, she decided that the entirety of the body of work should focus on objects, for a change, instead of people.

“I quite simply stopped myself from taking these things for granted, and to look at each object individually. When you paint small objects, you have to notice details; colours influenced by light, shadows overlayed, shapes, corners and contours.“

For most people, the items selected by Lina might seem mundane and unimportant, such as toys, knick-knacks, trinkets, and even home appliances, or things one might find around the house. Some of these hold certain sentimental connections with the artist, while others are objects that Lina simply found fascinating, particularly when looking at them from the artist’s unique perspective (see the Q&A section, featuring a conversation between curator Sharmin Parameswaran and Lina Tan). 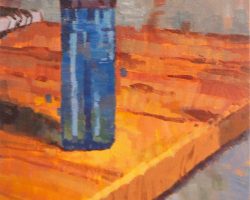 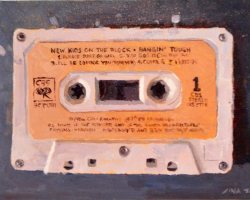 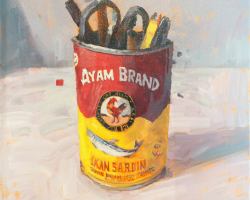 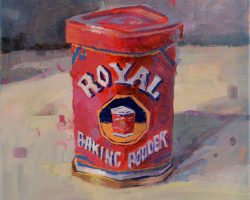 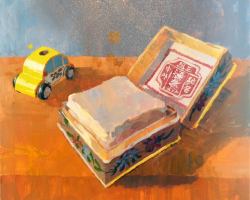 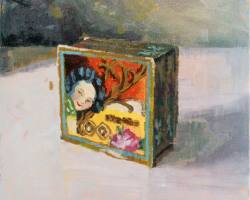 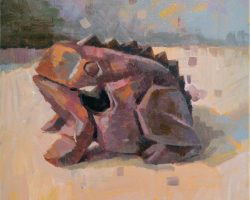 The online (PDF) version of the publication for Stuff has been reformatted from its original A3 fold-out form, and can either be read online below, or downloaded. The original print version folds out to reveal an A3-sized composite poster of all 20 artworks, and copies are available at Artemis Art while stocks last. Alternatively, you may also download a reformatted PDF copy. This Stuff is Art

This is a podcast of a radio interview, hosted by Sharmilla Ganesan, originally broadcast on Thursday, July 11 2019