Posted at 09:40h in Events & News, Exhibitions by The Gallery 0 Comments
4 Likes
Share

Although Haris has been consistently participating in group exhibitions since his debut solo held in March 2015 at Artemis Art, the last fifteen months have seen the young artist working in overdrive, preparing this body of work that will be exhibited in his upcoming second solo.

The exhibition’s title, HUMANIMAL, is a portmanteau combining the words human and animal. But the exhibition is not about imagining a world where the two merge.

Comprising over 30 paintings and installation pieces, HUMANIMAL is much more than merely a visual art exhibition; it is the culmination of much soul-searching and personal exploration by the artist, what Haris has described as “emotionally liberating”.

Going back to the fauna and flora that have become his subjects of choice, Haris uses them as metaphorical visual devices, inviting us to ponder the many similarities seen in social behaviors observed in humans and nature, posing an important question: which domain embodies more humanity?

The exhibition commences on Thursday July 21, continuing for one week until Wednesday July 27, 2016, and will be held at White Box, [email protected], Kuala Lumpur.

An opening reception has been scheduled for 8pm on Friday, July 22 2016, and we’re pleased to announce that the guest of honor for the evening shall be Ms. Low Ngai Yuen, president of arts-advocacy NGO, Kakiseni.

Yuen, as she is fondly referred to, is the recipient of Tokoh Wanita Muda 2015 presented by DYMM Raja Permaisuri Agung during the National Council of Women’s Organizations, NCWO’s Hari Wanita celebration recently. A multiple award winning advocate of the arts, Yuen is currently the President of Kakiseni, a social mission organization that promotes the spread and access to the arts. Kakiseni is of course a name well-known among art enthusiasts and practitioners alike, and has been doing tremendous work in advocating artistic endeavors of all varieties, not just in the area of visual art. It is therefore an honor and pleasure to have Yuen officiate the evening.

For scheduling updates, visit our Facebook event page for HUMANIMAL.

HUMANIMAL: A sneak preview of artworks 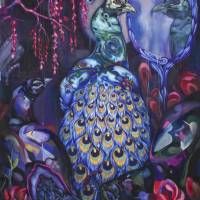 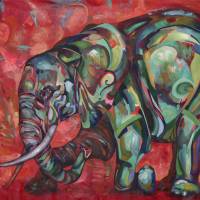 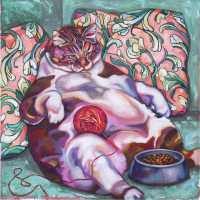 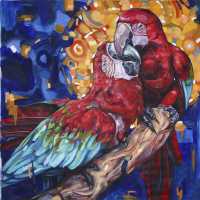 The electronic form of the exhibition catalog may be viewed in one of two ways, either by browsing online here, or by downloading a PDF copy. To download the catalog, right-click this link and select Save Link As….

The printed catalog is available during the exhibition run at White Box, and after the exhibition, at Artemis Art, while stocks last. The opening reception for HUMANIMAL was held on Friday, July 22 2016 at White Box, [email protected] where the exhibition is being held. The reception also doubled as Artemis Art’s first ever Hari Raya Aidil Fitri open house.

Our guest of honor for the evening was Ms. Low Ngai Yuen, President of Persatuan Kakiseni, an organization well-known for being an active advocate for the arts. In addition to being president of the organization, Yuen is also a producer and filmmaker, as well as actively involving herself in initiatives related to the empowerment of young women. It was truly a pleasure and honor for us to have her officially open the exhibition.

In his speech during the opening ceremony, Haris Rashid elaborated on the journey that HUMANIMAL has been for him. As we have mentioned elsewhere, for this young artist, putting the exhibition together was an enriching personal journey, which Haris benefitted both as an individual and as a visual artist. More than just an exhibition, HUMANIMAL played a major part in his ongoing journey of self-discovery.

Yuen was accompanied by several other members of Kakiseni, and Artemis Art takes this opportunity to thank the organization for their support, and for their efforts in bringing the arts to the fore in Malaysia. In her opening speech, she urged visitors to spend time contemplating each piece, as every artwork has a story to tell.

As a token of appreciation, Haris presented a small painting to Yuen at the end of the opening ceremony.

The opening reception was well attended by friends of the gallery and of the artist. Quite notable was the attendance of many peer artists, who came in full support. On behalf of Haris Rashid, Artemis Art extends a heartfelt thank you, and we do hope that the evening was an enjoyable one for you.

For more photos from the opening reception, a larger collection has been put together as an album on our Facebook page.