Continuing our exhibition program for the year, Artemis Art is pleased to present EXPRESSIONS, a group exhibition by three young Malaysian visual artists: Izzat Aziz, Keat Leong, and Nazmi Ismail. Although each of the three has a visual style distinct from the other, each uses visual art to express concerns and ideas that bear on their minds.

The focus each artist brings to EXPRESSIONS varies: among other things, cultural elements that have been ignored, religion and spirituality, as well as observations on sociopolitics.

Izzat Aziz, the 2013 Grand Prize winner of the Nando’s Malaysia PERI-fy Your Art competition, has chosen to highlight aspects of Malay culture that may not be well known, and which have, over the last few decades, taken a back seat as society goes through a period of increasing modernity. The mostly vibrant presentation of the artworks hint at the fact traditional Malay culture is much more interesting than most may be aware of today.

Contrasting this vibrancy are the calmer visual sensibilities portrayed in the works by young artist Keat Leong, who has chosen nostalgia and inner peace as two aspects of life to bring to the fore. Two of the artist’s series of works have been included in this exhibition, childhood nostalgia being at the center of one, while the other evokes inner calm through abstracted minimalist mandalas.

Nazmi Ismail, whose Pop Art styled works are already somewhat well-known in the Malaysian art scene, was one of the finalists in the 2013 cycle of the Malaysian Emerging Artist Award (MEAA). In addition to providing current context to some well-known international personalities, his newer works uncover deeper spiritual aspects of his faith, in his attempt to counter the growing superficiality he sees among the majority of adherents today.

The exhibition begins on Saturday, 15 October with an informal opening reception at 3pm. EXPRESSIONS continues from then for approximately two weeks, ending on Tuesday, 2 November 2016. You will have the opportunity to meet with all three artists during the opening reception, engaging them to find out more about the ideas behind their artworks. In total, 20 artworks will be exhibited.

EXPRESSIONS is a continuation of an earlier exhibition, entitled “And On We Go“, which was held in August and September this year at Gehrig Art Gallery in George Town, Penang. 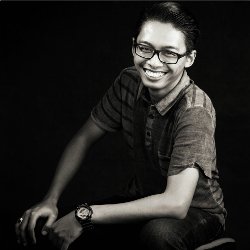 An active visual artist, Izzat was the 2013 Grand Prize Winner of the Nando’s Malaysia PERI-fy Your Art “Diversity” competition.

His works have been collected by individual private collectors as well as by institutions since actively exhibiting his art beginning around 2009. 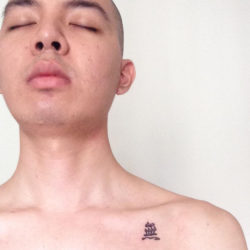 He is inspired by peace, nature and realizations made possible by yoga and meditation. He has participated in various group exhibitions in Asia region since 2013 and his works have been published in Ubies Asian Creatives Book, CTA: Creative Talk in Asia and Advanced Photoshop UK. Nazmi has exhibited with Artemis Art in a few group exhibitions over the years, as well as being one of the contributing artists to our 50 Shades of Malaysia book and exhibition project back in 2013. He was one of the 2013 Malaysian Emerging Artist Awards finalists, as well as Consolation Prize winner in the 2011 Nando’s PERI-fy Your Art competition.

The oldest of the three artists, Nazmi has formal training in both animation and fine art, and has been very active in the Malaysian art scene.