Diploma in Illustration, The One Academy 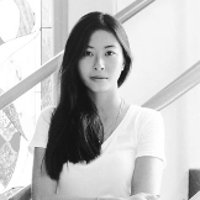 Celine Wong, better known in the illustration world by her Chinese name Lihuà, is perhaps unique among the artists that we have worked with – she has had more of her artworks published, rather than exhibited.

In fact, one of her first artworks exhibited as part of an art exhibition was her “Index Fingers”, contributed to Artemis Art’s 50 Shades of Malaysia project in 2013. For the most part Celine’s art has been featured as magazine illustrations and fashion art.

Three of her artworks were selected to be part of SPONTANEOUS #1, the first exhibition by fledgling art collective CONJOIN, held at Publika in 2014.

What makes this young artist’s work unique is her incorporation of Chinese calligraphy, an artform she studied when she was much younger, with which he has accumulated about ten years’ worth of experience. For the art she has produced for publications, Celine usually does her artwork by hand, after which she scans them, and digitally adds finishing touches to her final works.

As an artist, Celine is fascinated by female curves and beautiful human features and gestures. Her incorporation of Chinese calligraphy techniques contributes an interesting dimension to her art, making the curves more fluid and alluring. In addition to using traditional Chinese ink in her art, watercolor also features strongly in her works.

At present, most of Celine’s works are fashion related, but based on her portfolio of works, she definitely has the potential to expand her repertoire.

Currently, Celine teaches at The One Academy in Bandar Sunway, the same institution where she studied and obtained her diploma in illustration.