Located at Booth A4, we will be featuring the artworks of three artists from Indonesia and Malaysia: Ajim Juxta, Dedy Sufriadi, and Indra Dodi. Bazaar Art Jakarta 2016 takes place at the Ballroom of The Ritz-Carlton Jakarta, Pacific Place, and begins with the VIP preview day and vernissage on Thursday, August 25 2016. It opens to the public on Friday, August 26, and continues through the weekend until Sunday, August 28.

Our participation in Bazaar Art Jakarta continues our activities in Indonesia, which began with our first exhibition, Vice Versa, held in Yogyakarta earlier this year as part of the Jogja Art Weeks program surround ArtJog, the annual event that brings art enthusiasts from around the world.

Details of the participating artists and the artworks exhibited at our booth can be found in the Artists & Artworks tab of this posting.

Our debut participation in Bazaar Art Jakarta features artworks by three artists; two emerging artists from Indonesia, and a young artist from Malaysia. One of the proposed habitat strategies for the future, envisioned by Italian-American architect Paolo Soleri, is what’s called the Arcology. A portmanteau of ‘architecture’ and ‘ecology’, the arcology is a self-contained, self-sustaining megalithic construct where inhabitants would live, work, produce, and essentially once born inhabit the structure throughout their lifetime without ever leaving its bounds.

Using this conceptual architectural construct as a basis, adding to that observed trends of human behavior vis á vis the use technology, and how these trend might develop in the future, Ajim Juxta has created a series of works depicting what he envisions as a possible dystopian future the world has in store, where the arcology becomes the central purpose of existence for these “dystopian dwellers” (penghuni distopia), as Ajim calls them.

Taking into account the potential ecological and social effects of such an existence, extrapolated from current ecological and social trends, Ajim Juxta’s visual creations are a marriage of abstractions, futurism, and architectural projections, combined to create an imagined world where dystopian realities might be the unintended result of mankind’s collective pursuit of a utopian existence.

The Arcology series was shown by Artemis Art for the first time at Young Art Taipei 2016, the first time the young artist’s works have been shown at an art fair outside of Malaysia. Based on the compelling conceptual basis of his work, Ajim Juxta was selected as one of the top three winners in this year’s Young Art Award, given out annually during the art fair. Emerging Indonesian visual artist Dedy Sufriadi never ceases to surprise, breaking visual barriers and boundaries with his work. His current body of artworks truly may be said to be pushing the painting envelope, seeking to create paintings that go “beyond painting”. Three artworks from the current incarnation of his Identification Object series demonstrate how unconventional this artist can be, in this case using silicone rubber to create visual landscapes, doing away with paint and other more traditional painting media.

The collection of works shown at Bazaar Art Jakarta this year extend the visual impact of  Dedy’s twelfth solo exhibition, Re-Texs Ture, held in Yogyakarta during Jogja Art Weeks earlier this year, when paintings of “extreme texture” were exhibited. Dedy’s current quest is to investigate the use of unconventional media to incorporate into his paintings, taking texture to uncharted limits, few artists dare to toy with. 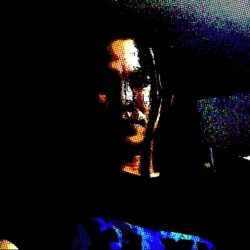 A Multitude of  Stories Unfold

A storyteller at heart, each of Indra Dodi’s works tells a tale, presented in a visual language that allows a simple story to extrapolate itself into many possible yarns. Each painting might even be thought of almost like a page from a visual diary of the artist’s life experiences. Often taken from personal encounters with events, objects, and people, Indra takes us on visual excursions presented through his naïve-styled treatment of the subjects he depicts.

Early on in his career, Indra Dodi was known for his abstract artworks. But even then, some semblance of form could already be discerned. These hints of form slowly developed over the years into what we see in his works today, in which he has now developed his own vocabulary of expressive forms. It is a visual language that is composed of different elements, objects and styles, a kind of visual grammar that allows him to build his lines or sequences of stories in a figurative way.

The playfulness of Indra Dody together with his unpredictability produces colorful and poetical results. These paintings are a model of his inner language, the expression of the artist’s perspective of the world, according to how he sees and perceives it. In its 8th edition this year, Bazaar Art Jakarta is Indonesia’s first and longest running art fair. It takes place at The Ballroom of the Ritz Carlton Jakarta, Pacific Place, located in the Sudirman Central Business District in Jakarta. The art fair begins on Thursday, 25 August with a VIP preview and vernissage. Bazaar Art Jakarta opens to the public on Friday, 26 August and continues throughout the weekend until Sunday, 28 August. In all 42 galleries from Indonesia and around the world will be participating in this year’s edition of Bazaar Art Jakarta. In addition to the art exhibits by each gallery, the BAJ 2016 organizers have put together a solid activity program from Friday to Sunday when the art fair is open to the public.