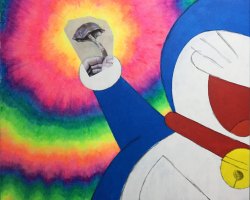 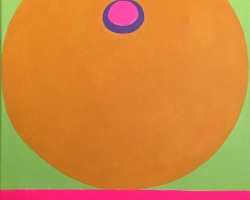 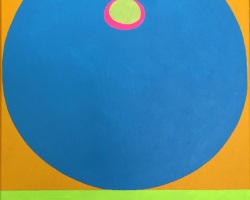 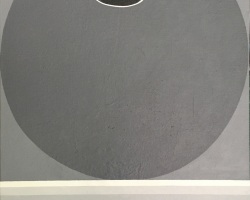 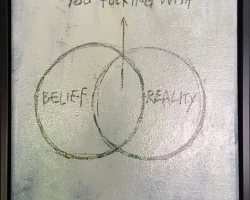 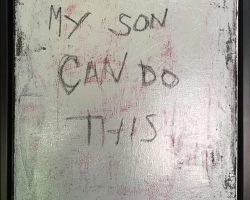 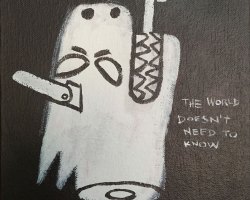 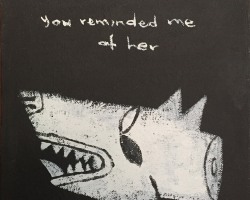 Since emerging onto the Malaysian art scene in the late 2000s, self-taught artist Bibichun has exhibited extensively both domestically and abroad, and has been involved in artistic endeavors that have been described as being “clandestine interventions”, in and around George Town, Penang, as his way to better understand issues such as authorship and identity, plus pushing the boundaries of what’s considered “public space”.

Although he got his start (and notoriety) in Kuala Lumpur, George Town is the artist’s current home ground, arriving on the island sometime around 2012. His interventions have included visual “conversations” with the handiwork of other artists, notable among them Cloakwork and Ernest Zacharevic.

Some have even gone as far as describing him as a “terrorist in Penang armed with a paintbrush”! His interventions have both irked and amused. But his notoriety aside, Bibichun is an astute critic, often presenting his observations, opinions and thoughts on events and issues with pointed, humor-tinged intelligence.

His involvement in visual art began on the streets, and Bibichun is acknowledged as being part of the early generation of street artists who brought a more localized aesthetic to street art. His pairing of localized imagery and word-play provide critiques that hit close to home. Eva McGovern, in her essay for “Ape Cerita”, has described what Bibichun produces as ‘visual one-liners’, immediately recognizable and instantly understood.

The transition from street-to-gallery is never an easy one for artists. Bibi, however, enjoys the benefit of living in both worlds, enabling him to enrich all aspects of his multifaceted art practice. His current focus is on sustainability, both in its currently trendy environmental meaning, as well as for himself as an artist.

And while that means he necessarily has to continue with taking on commissioned work, the most fulfilling part of his career as an artist is still producing art on his own terms, and the sense of “freedom” it provides.

Bibichun, A Terrorist In Penang Armed With A Paintbrush – Eksentrika, September 30 2016
Mural war in Penang – The Star, September 29 2016