For our first international art fair outing this year, we head across the South China Sea to Manila for our debut participation in Art Fair Philippines 2018, the 6th edition of this successful fair, where we will be exhibiting recent artworks by Dedy Sufriadi and Indra Dodi.

Artemis Art’s participation in Art Fair Philippines 2018 also marks the first time both artists will have their artworks exhibited in the Philippines. Our assigned booth is number 25 located on Level 6 of The Link, Ayala Center (in Makati City) where the annual art fair is held. Art Fair Philippines 2018 will witness the art fair debut of two new series of paintings, the Lorem Ipsum series by Dedy Sufriadi, and “Happy Day” series by Indra Dodi.

Further details about both series of artworks, and the specific paintings included, may be viewed by clicking on the Artists & Artworks tab above.

Art Fair Philippines 2018 begins with two Collector Preview days on February 27 and 28, with the Vernissage taking place from 7 to 10 pm on February 27, 2018. The art fair opens to the general public on Thursday, March 1, and continues over the weekend until Sunday, March 4 2018. We have included some basic scheduling information, which you may access by clicking the Art Fair Schedule tab above.

If you’re on Facebook, you can view our AFP 2018 event page for details about Artemis Art’s participation. Alternatively you may use the QR code below to access the page. We have also prepared a press release for our participation, which may be accessed below. 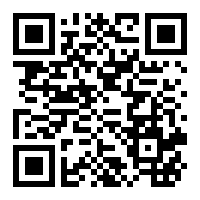 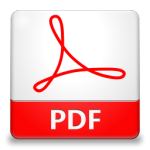 For further information on Artemis Art’s participation in the artfair, contact us at [email protected].

Dedy Sufriadi and Indra Dodi are two artists whom Artemis Art has regularly featured in our international art fair participation over the last few years. For AFP 2018, a selection of works from two series of paintings, one each from Dedy and Indra, make their art fair debut. For Dedy Sufriadi, text, and things related text, have become important elements in his art. As a means to convey information, Dedy sees text as ubiquitous and pervasive in life, carrying out their role as conveyors of ideas and thought. Over the almost two decades of his artistic practice, Dedy has incorporated text in various forms, sometimes through unconventional mediums that make their way to his canvas, including burnt shards of newspaper and notebooks (being a receptacle for text).

Artemis Art’s participation in AFP 2018 sees the debut of Lorem Ipsum, new paintings by Dedy formalized as a series, but based on an earlier style of work produced circa 1999/2000. Six works from this current series have been selected to be exhibited.

Lorem Ipsum, well-known in the publishing and graphic design domains, is perhaps the most pervasive body of Latin text used in current times. It is essentially filler or dummy text, written in Latin but without much meaning, used to allow designers and typesetters to create more natural-looking text based design placeholders and templates.

Whereas earlier iterations, somewhat similar in visual style, contained hand-written/drawn excerpts of actual writings on Existential Philosophy, text in the new Lorem Ipsum series is random, almost a stream of consciousness combination of alphabets and numbers, varying in arrangement, flow, and size depending on compositional needs. But this random text rendering serves an important purpose.

In this series, what Dedy Sufriadi has created is essentially an ocular embodiment of Lorem Ipsum, a series of visual placeholders shaped and set in their final form, awaiting the viewer to create their own meanings and unique contextual emotional connections. 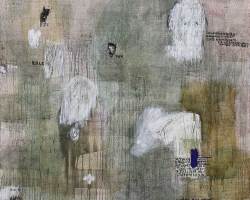 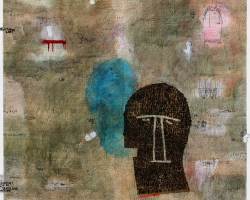 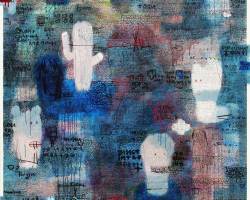 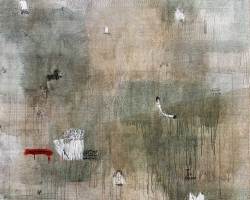 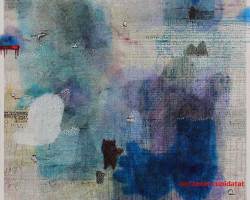 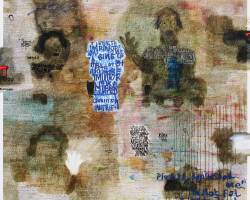 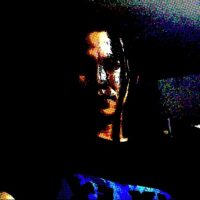 Indra Dodi’s new “Happy Day” series of works make their art fair debut, where we will be exhibiting a selection of four paintings. In addition, we will also be showing one painting from the artist’s “Colours of Face” series, done in a style that complements the other works we have selected.

A natural-born storyteller, just about any event or even conversation may spark an entire series of imageries that eventually find their way onto Indra Dodi’s canvas. The new “Happy Day” series is inspired by Indra’s observation about one of Indonesia’s favorite family activities on weekends and holidays, family trips to the outdoors to enjoy nature.

This happiness and joy is expressed in the various naïve-styled figures rendered in this series of works, upon backdrops representative of the lush natural surroundings, something still commonly found in Indonesia. It is the artist’s belief that the family is indeed an important component of society as a whole, and that a happy family leads to a happy society. This is Indra’s idealized world, its inhabitants joyous and at peace, enjoying nature’s bounty while bonding as family units.

As in almost all of Indra’s works, there is a clear element of childlike fascination and playfulness in this series of paintings, reflective of the artist’s personality and his ardent belief that the child in us must be kept alive, even as we progress into adulthood.

Complementing the “Happy Day” series is one work selected from the “Colour of Face” series of paintings, Indra’s rendering of how diverse our world really is, that diversity expressed in a multitude of expressions and colors. The same depiction of diversity is observed in the inhabitants of Indra’s ‘happy world’, making the complete selection for his debut showing in the Philippines a concise visual experience. 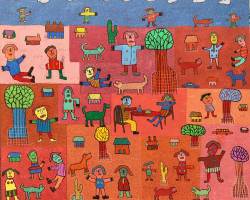 Art Fair Philippines 2018 runs in totality from February 27 to March 4, 2018, based on the following schedule:

Collectors Preview, from 2 to 5 pm

Collectors Preview, from 10 am to 9 pm

The art fair will implement a timed entry system, based on the following schedule:

While entry is regulated, you may remain inside for as long as you wish. Although limited walk-in slots are available, the art fair recommends that you pre-purchase tickets, available up to 24 hours before chosen dates of entry. Regular entrance fee is PhP 350, and online sales have already begun. For more information, visit the Art Fair Philippines Visitor Information page.

Art Fair Philippines will see Artemis Art’s debut, with eleven artworks selected for exhibit, from Dedy Sufriadi and Indra Dodi, two emerging visual artists from Indonesia. Here are some installation shots, taken prior to the start of the art fair), and we will continuously update this page with event photos from the art fair.

The full catalog for our participation in Art Fair Philippines is available as an eCatalog, hosted on issuu.com, which can be downloaded as a PDF document. Alternatively, you may view it online. For best results, view the eCatalog in Full Screen mode.

This is the electronic copy of the printed four-page flyer created for distribution during the art fair. The flyer has been formatted for easy online reading.