Posted at 15:22h in Events & News, Exhibitions by The Gallery 0 Comments
2 Likes
Share

Artemis Art’s programming for 2019 kicks off on a jubilant note with a focused hanging featuring award winners whom we’ve had the privilege to exhibit over the years, both at our gallery space, and at international art fairs we’ve participated in.

and the award goes to… will showcase a mix of works by Ajim Juxta, Caryn Koh, Dedy Sufriadi, Robi Fathoni, Ruzzeki Harris, and Syahbandi Samat. The exhibition began on Saturday, January 12 and will continue its run until Sunday, January 27 2019. Some twenty artworks from these six artists have been selected for the focused hanging, Click on the Participating Artists tab to find out more about each artist, and why they have been selected for this exhibition.

All the major artworks exhibited as part of and the award goes to… may be viewed below. However, there may be other works available from these artists. For enquires about the availability of artworks by these artists, contact us via email at [email protected]. 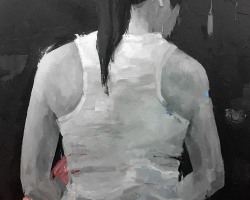 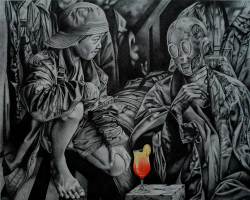 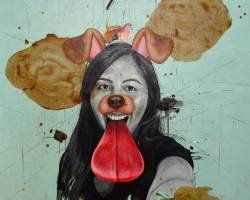 To say that 2018 was a busy year for young artist Ajim Juxta would definitely be an understatement. Ajim had two full-blown solo exhibitions plus one mini showcase last year, the most recent being the mega-showing that was TUGU|UGUT, held at the PAM Centre in Bangsar, with an extended run at Wicked Art Space in Kelana Jaya. Earlier in 2018, Artemis Art hosted arkologi: gelap in our gallery space, a very successful fourth solo for the artist.

Back in 2016, Artemis Art proposed Ajim’s artwork Arcology: Convergence as our submission for that year’s Young Art Award at Young Art Taipei 2016. Following in the footsteps of Dedy Sufriadi (see below) who won the previous year, Ajim emerged as one of the three winners for the year, earning him a three-month long residency in Taiwan. Since then Ajim has gone on to become one of the recipients of the 2016 Young Guns award, and was awarded a three-month residency in London by Khazanah Nasional in 2017. Ajim has also been selected as one of the artists in residence at Rimbun Dahan for 2019, and is expected to begin his stint there in approximately a month’s time.

Planned for the young artist later this year will be a group showing in Taiwan, and a solo exhibition in the Philippines, details of which will be made known as the time draws closer to both events. Of the handful of Malaysian artist we currently work with, Ajim Juxta is by far the most successful, and we’re quite certain the best from this very productive and talented young artist.

Selected for and the award goes to… are major works done in 2018, plus pen & ink drawings from last year and those produced during his London residency in 2017. 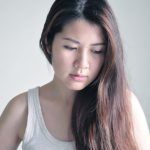 Best known for her Sekolah series, young artist Caryn Koh gave up a career in medicine (after qualifying to be a medical doctor) to pursue her passion in art. Currently residing in the UK, Artemis Art hosted Caryn’s debut solo exhibition last year, as well as proposing her as one of the participating artists in the inaugural Publika Art Show.

Caryn was selected as one of the finalists in the 2018 Derwent Art Prize (listed under her Chinese name, Hooi San Koh), and her shortlisted piece is currently on an exhibition tour across the United Kingdom, until the end of January. Included in and the award goes to… are two artworks from her solo last year. Artemis Art is currently in discussions with the artist to feature her newer works later in 2019, and we certainly will provide more details as the time draws closer. Abstract artist Dedy Sufriadi’s career continues to move from height to height. He has made it to the finalist stage of the UOB Painting of the Year three times, the most recent in 2018, with the two other years being 2015 and 2012. During Artemis Art’s debut participation in Young Art Taipei 2015, Dedy came out tops in the art fair’s annual Young Artist Award. This is in addition to the other awards and recognitions that Dedy has gotten in his decade and a half long career as a visual artist.

Later this year in February, Artemis Art will be exhibiting his solo exhibition as part of our participation in this year’s Art Fair Philippines. Entitled Hypertext Requiem the exhibition will provide insights into how the use of text has evolved in Dedy Sufriadi’s art, since his post-Existentialist period (c. 2008) until present times.

For and the award goes to… three artworks have been selected, two of which are from his Hypertext body of work, and the other from his figurative abstract collection. Robi Fathoni’s figurative works often evoke a sense of wonder among viewers and art enthusiasts to whom we show his art to. While most artists use the pencil as an intermediary tool in the process of creating their artworks, for Robi the pencil is his primary medium. Mostly monochrome, the artist does occasionally add color to his works, but very sparingly, using either colored pencils or sometimes acrylic paint.

His mastery of the medium has garnered a fair share of notice. In 2012, Robi exhibited in a drawing exhibition in Yogyakarta organized by Faber-Castell, whose pencils the artist uses exclusively for his artworks. His contribution to the exhibition was then selected to be shown at a regional show in Singapore. Earlier in 2001 Robi Fathoni was selected as one of the finalists for the prestigious Philip Morris International Art Award Indonesia, a very important recognition for his high level of artistic talent.

For and the award goes to… we have selected two artworks from 2016 to be exhibited. 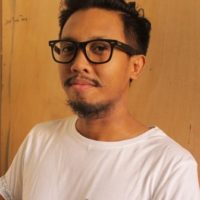 We first exhibited Ruzzeki’s artworks in a group exhibition of young and emerging Indonesian and Malaysian artists entitled Vice Versa, held as one of ArtJog 2016’s fringe events in Yogyakarta. His most recent international showing was at the Shanghai Young Art Fair 2018, and just prior to that at Art Expo Malaysia 2018.

Earlier in his career, Ruzzeki was one of the finalists in the 2009 Malaysian Emerging Artist Award (MEAA), and also was one of the Young Guns award recipients for 2013. Without a doubt, Ruzzeki’s skillfully executed pop surrealist works have earned him much deserved recognition, evidenced by his most recent achievement in winning the Gold Award (Established Artist category) at the 2018 UOB Painting of the Year competition, for an artwork entitled Unveil.

and the award goes to… features two paintings from the same series that won the UOB award. The series is Ruzzeki’s critique of today’s “modest fashion” worn by many Muslim women. The evolution of modest dressing has evolved, but in the artist’s opinion how it’s applied today goes against the intent of modesty, where fashion sensibilities have taken precedence over religious reasons for covering up. If Robi Fathoni is the master of pencil usage in art, the ballpoint pen analogue is none other than Syahbandi Samat. This self-taught artist won the Malaysian Emerging Artist Award (MEAA) in 2011, when he was only 19 years old. In winning this award, Syahbandi’s visually fascinating take on popular folklore and fairy tales through his ballpoint pen rendering propelled the young artist into the Malaysian art scene in a major way. His talent was once again given due recognition five years later when he won the 2016 Young Guns award.

Although the uninitiated may feel his visuals are dark, the symbolism in his works convey very positive meanings, entirely based on his personal life experiences. He turns common associations certain symbolisms have on their heads, providing new meaning and perspectives to them in a way that could only be described as unconventionally contemporary.